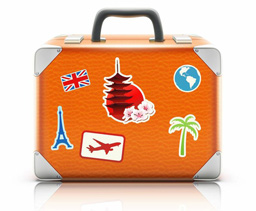 What can I say about Suraj that I have not already said in the title.

Following my one day with Suraj I extended his services for the duration of my stay in Odisha. He very quickly understood our interests, habits, likes and dislikes and started tailoring our time with tourist, heritage, cultural  and culinary elements that continiously kept us engaged.

The major places we visited were Bhubaneswar, Puri, Kornak  and Calicut but not limited to this.

A young man full of knowledge and would suggest that you engage with him before hand to gain the best experience.

Suraj a big thank you from Manoj and Ila.

I've thought long and hard before writing this review.

Firstly, this is a dishonest setup.

Why? On booking what appeared to be a very good quote but following acceptance and engaging directly with Bratati to work up the itinery, it turned out that although my request was for two days she said that the price accepted was for one day only. I should have thought twice before continuing. I belive that they are trying to avoid having to pay the commission to TourHQ. TourHQ please note this.

Secondly, you do not get what you pay for.

Why? On furher engagement with Bratati I found out that it was not she that was going to guide us. What is the point of booking someone  based on the reviews on this portal when you are not going to get their services.

Why? Our guide realised our relaxed attitude and at the same time that we were not interested in wasting time to take photographs or selfies. This proved to be an issue and there was a reluctance to do more. We even did drive byes on some sights as we We by no means expected the guide to do more hours and if anything cut short the time during the first day.

Fourthly, what is in clients interest is not in theirs. I was under the impression that Gandhi said that customer was god!!

Why? My wife had developed a cough due to the pollution in Kolkata and on the second day decided to go out of the city to Bandel to visit Hangseshwari Temple and a famous church. To note I had my own driver and car arranged so it was no further effort from the guide. Immediately on communicating this there was a reluctance and it was only on pressing on with my intentions and informing the driver that the guide understood the order of the day. My requirements were for a guide for two days to work to my itinery and the fact that it changed should be of no concern to them. It coud be the case that they may not have the necessary knowledge but that would be my problem. Throughout the day the guide kept signalling in conversations of her unhappines. She was in constant communication with someone, at a guess Bratati,  on hat appeared to be her next assignment. Also, the guide requested me not to say that we went to Bandel - why not I ask? At the end of the day, and well within the hours the guide pressed me for more money saying that we had left Kolkata city limits and that attracts a higher fee. I conveyed to her that I had asked for a guide for two days with a proposed itinery and that is what I was going to pay for.  Despite all the lengthy explanations the guide would not leave us so finally and very reluctantly as I did not want to create a scene I paid her extra so that we could have our own time.

Lastly, on the guide Aditi, credit is due where it is deserved. She was very knowledgeble including Bandel and the surrounding area. On the return took us vis Serampore giving us the colonial history attached to it. Incidentaly, I was infomed not to include this second days changed itinery in this review. Why not I ask? Bandel and Serampore are fantastic and a must for colonial history vultures.

To note - I had arranged for my own driver and car from overseas. I paid for all out of pocket expenses including lunch etc. at all times. I had originally tipped handsomely but on the insistence of the additional payment had cancelled it by paying a balance to make up the difference.

Would I use this particular guide - Bratati and cohorts again - No!! My driver who was always being unnecassarily cajoaled by the guide told me when dropping me of at airport that I would have been better served by Google and Wikipedia.