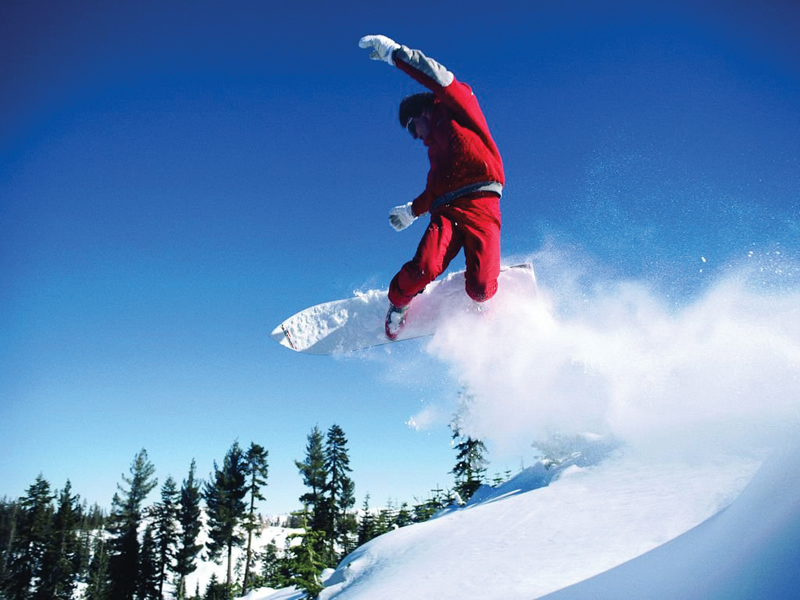 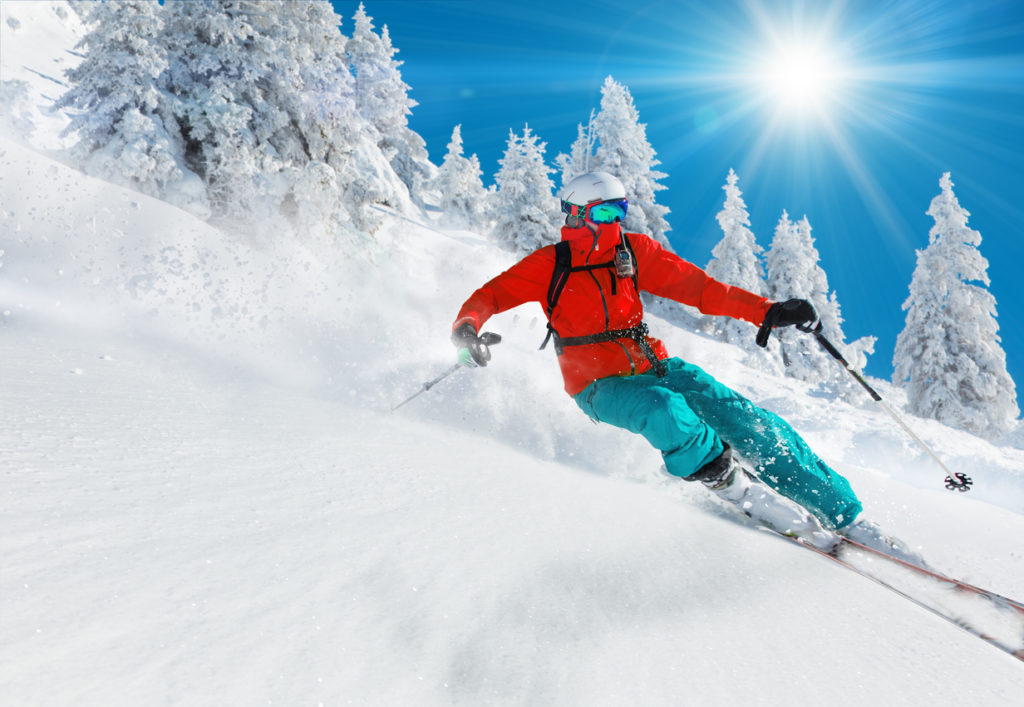 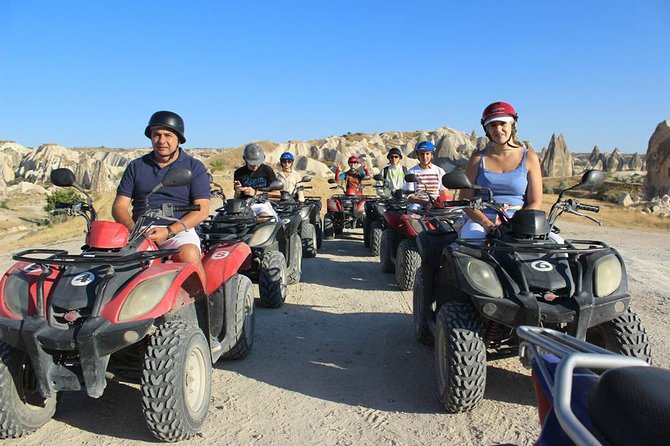 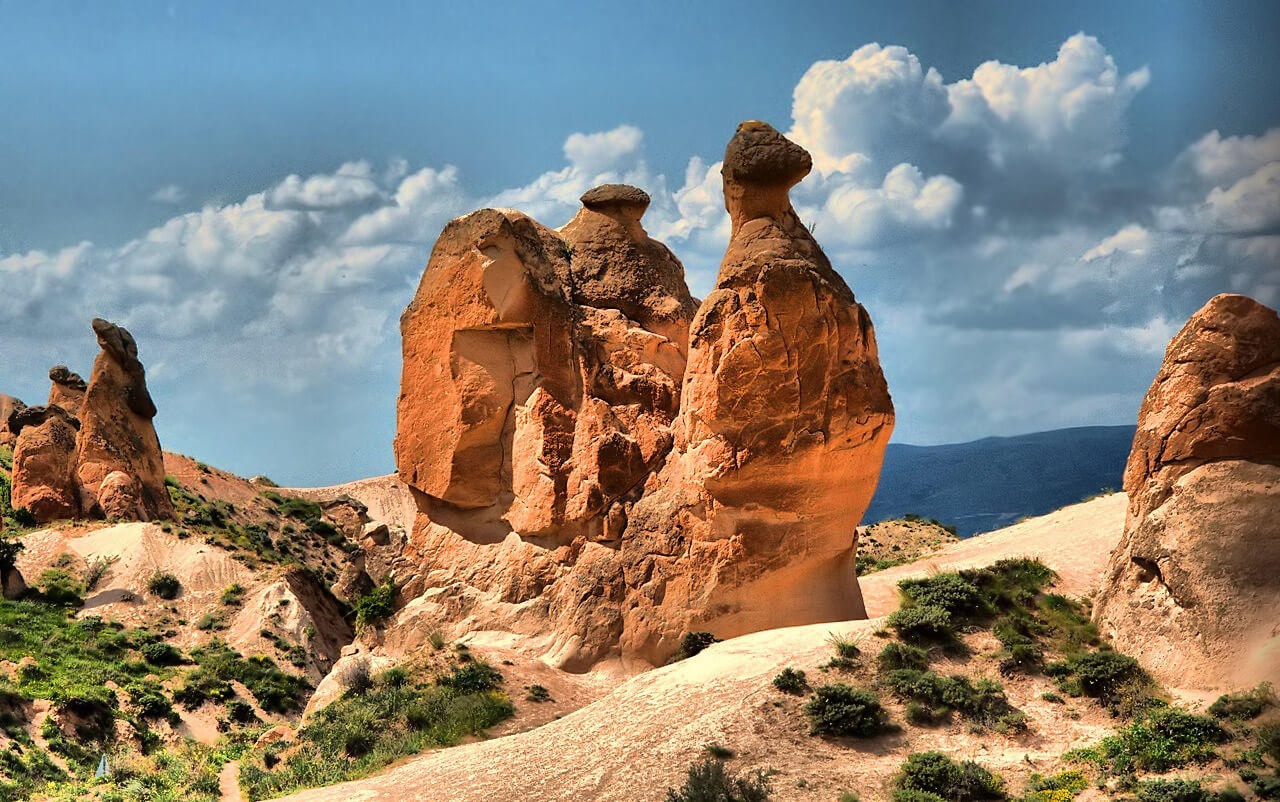 Embark on an insightful and thrilling tour of Turkey from Istanbul. You will have various options to choose from when it comes to famous tourist spots in Cappadocia, Antalya, Fethiye, & Pamukkale. The sightseeing on this tour will be complemented by exciting tandem paragliding, hot-air ballooning and ATV adventures.

Breakfast for eight days (in the hotel, self-service buffet)

When leaving the hotel in the morning, please take all of your baggage as we will go to another city or airport directly at the end of the tour

On the second day and third day morning, passengers have a chance to take hot air balloons

On the sixth day, passengers have the chance to join Oludeniz Paragliding

ATV is one ATV for two-person

Cappadocia is the name of a region in history, roughly located in the southeast of ancient Asia Minor (ie Turkey). In the time of the ancient Greek historian Herodotus, Cappadocia encompassed a vast area from the Taurus Mountains to the Black Sea.

Cappadocia is famous for its fairy-tale speckled rock formations: strange rock formations, caves and historical sites of semi-reclusive people are fascinating. It was originally a refuge for Christians to escape Roman persecution. In the 4th century, a group of monks established the main part of Cappadocia. After years of weathering and water erosion, there are rocky hills of different shapes. Thousands of caves have been excavated on these rock faces. Many caves are still preserved in many frescoes, which are the late anti-icon worship in Byzantine art. The unique testimony. Cappadocia’s unique karst landform is similar to the surface of the moon and is called "the most moon-like place on earth."

Antalya is the most beautiful region in Turkey. It is located on the Mediterranean coast and surrounded by countless mountains. Rows of palm trees form a boulevard, a beautiful and historic pier, and delicious dishes are all the charms of the city of Antalya. Antalya will bring visitors a feeling of physical and mental pleasure. Antalya is indeed a relaxing holiday paradise. Antalya, located in southwestern Turkey, faces the Mediterranean Sea. It is a good place for swimming, surfing, water skiing, white water rafting, mountain climbing, and skiing. There are also many important historical sites that make travellers wonder.

Fethiye is a small town on the Mediterranean coast in southern Turkey and is a famous Mediterranean resort city. In particular, the vast beaches of Oludeniz and the Mediterranean coast of turquoise forests are surrounded by mountains to form a calm and waveless lagoon. Because the bay here is calm and the reflections in the water are almost still, it is also called "Dead Sea Beach". It is known as the most exciting beach in the world, blue dreamy and dazzling, unforgettable forever.

In Pamukkale you will hear such a legend: Once, in order to meet the Greek moon god Serini, the shepherd Andy Mien even forgot to milk the goat, causing the goat's milk to flow freely, covering the entire hill This is the reason why the Turkish folk about Pamukkale is beautiful.

The name of Istanbul existed at least more than a hundred years before the Ottoman Empire conquered. For example, in 1403, the Spanish king sent envoys to visit Timur the Great, and the envoys passed by Constantinople. It is mentioned in the memoirs that the Greeks also called this place. Istanbul (see the Chinese translation of the Commercial Press of "Clavillo East Envoy"), but Western countries believe that the Ottoman Empire was the invader here, so they still insist on calling this place Constantinople. When the Republic of Turkey was first established as the capital in 1923 (the capital was moved to Ankara during the War of Independence), Istanbul became the official international name.