Musashi Ichizoku is a clan company.The Musashi Clan consists of a number of families and people who have established a very tight knit relationship of trust since the mid 1500s. Our ancestors served the Tokugawa Shogunate for 265 years as shinobi-samurai.  Unique traditions of shinobi-samurai have been handed down to us even to this date.  Now we think it's our mission to  offer ninja, samurai,  armor experiences to those who are interested in knowing what ninja and samurai are all about.

Our clan is lucky, because our ancestors were officially employed by the Tokugawa Shogunate, so unlike other shinobi groups, we can find some names of our people and the services rendered by them in the historical documents in libraries and universities in Japan and overseas.(They had to write reports to the shogun.Some of them were summoned by the shoguns to the castle hall, after all the samurais were ordered to go out.) In 1582, our ancestors escorted Tokugawa Ieyasu, the founder of the Tokugawa Shogunate, in the incident of Igagoe.  Ieyasu felt indebted and invited the Igamono (the shinobi samurais of Iga).

They were the samurais who trained ninjas and led ninjas.  Some of our people became emergency guards of the Interior (shogun's  private quarter),  some  became "Metsuke (inspectors)"  or "Onmitsu (undercover agents)"  and so forth.  ancestors to  Edo (Tokyo) to serve the warriors'   government.  The shogunate needed good They assimilated a lot from other samurais, and studied a lot.  Neo-confucianism, ships, languages, etc.So, our ancestors were the first Japanese to go to Europe after 200 years of isolation policy.(1862 and 1865 )  One of our ancestors, Shibata Sadataro,  brought Jules Brunet from France who became the model of the American warrior in the movie “Last Samurai.”

Our ancestors declined the invitation from the Meiji Government, as they thought they were the shinobi samurai of the Tokugawas.Our folks, very much feared by the notorious gang groups, because their bosses were afraid of the shadow warriors of the clan, lead the shinobi world in Japan.When my grandfather became Christian, the business of sending shadow warriors finished, but all in shinobi business knew my grandfather's name.The clan name didin't become famous, though.They were not open to outsiders.This was the way for over 490 years.

My grandfather asked us to keep things secret for 50 years after his death.When the 50 years was over, we decided to open a tiny dojo for our families.To help our young shinobi to make their living and continue their training, we started to over the mass ninja and samurai experiences and shows and seminars. Some people found us in our humble dojo in the northern part of Tokyo.As they wanted to help us keep our culture, they presented us with a privilege to open a dojo in such a significant building very close to Tokyo Tower and Zojoji temple, the family temple of the Tokugawas.Almighty works in a mysterious [sensitive content]w we have think and do tanks.The mission of our clan is to help build a bridge of international friendship and to introduce our shinibi culture.

Our seminar for tour-guides ガイド講習会のメインテーマ ...

We have considered it important to give seminars to interpreter guides. As our clan developed under the Tokugawa shogunate, we have a shinobi-samurai code, a ...

No review submitted as yet! 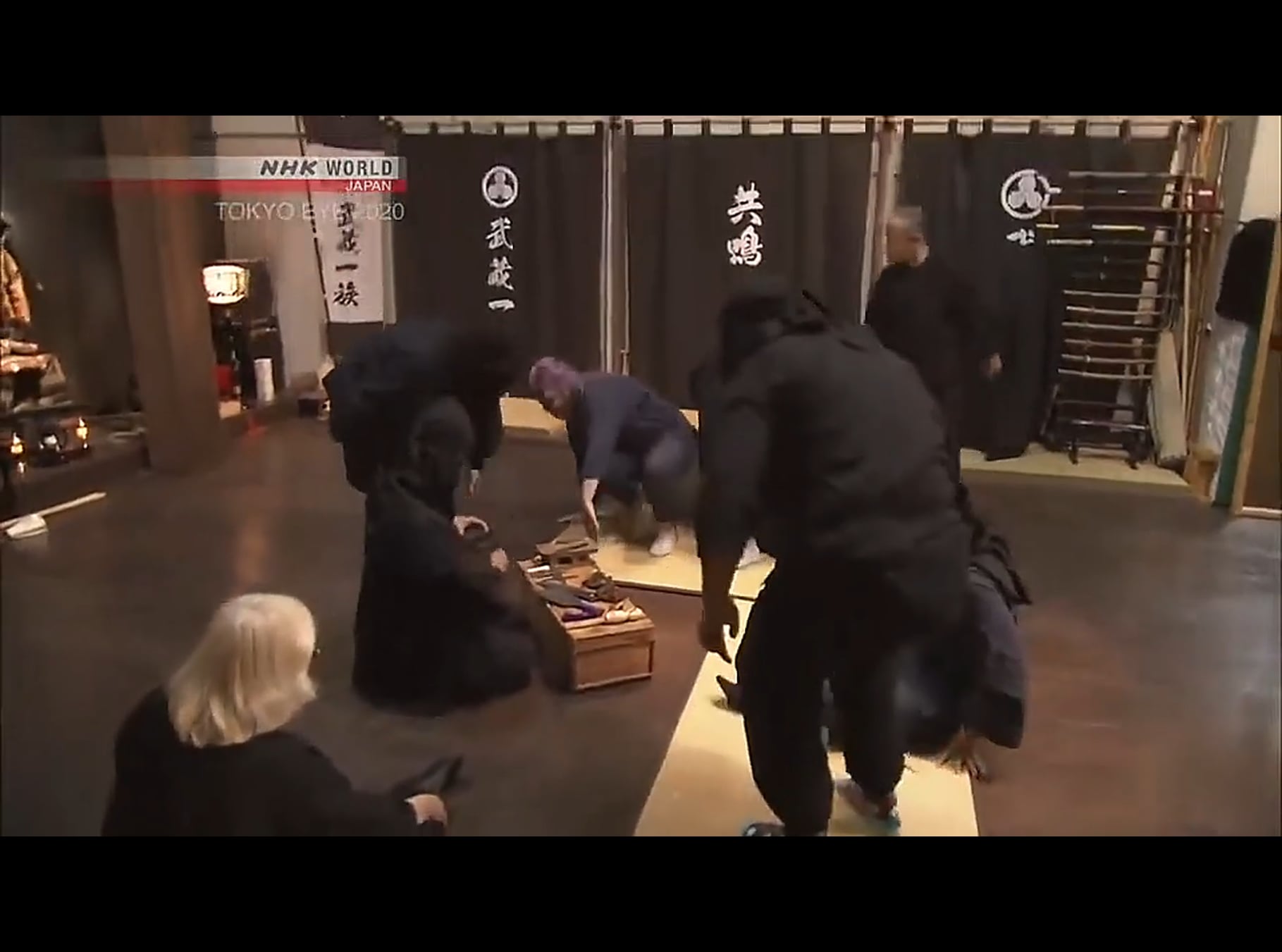