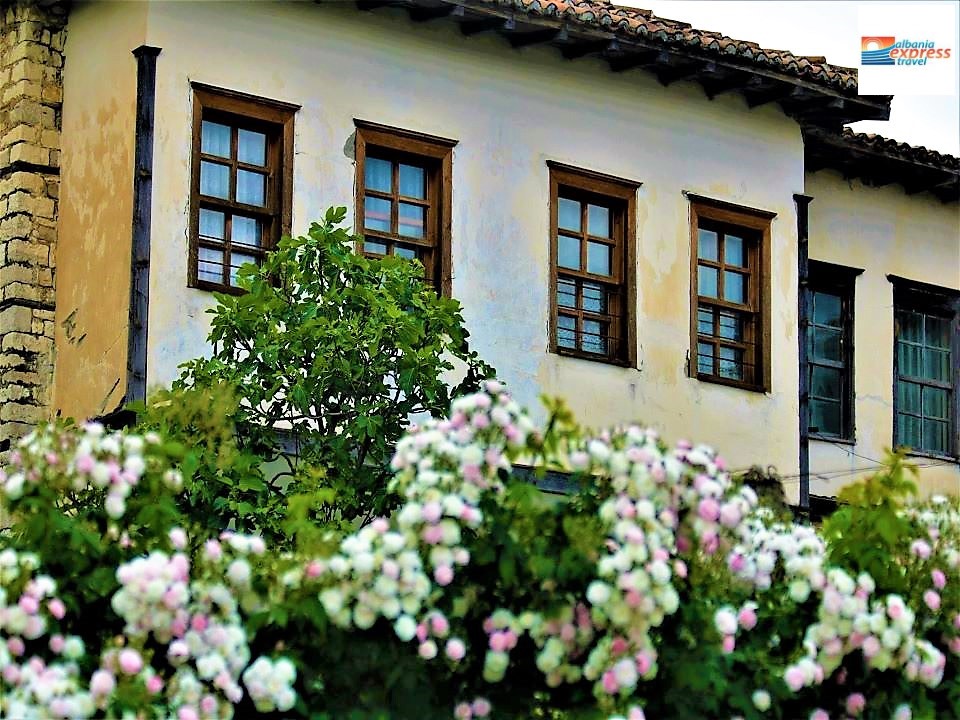 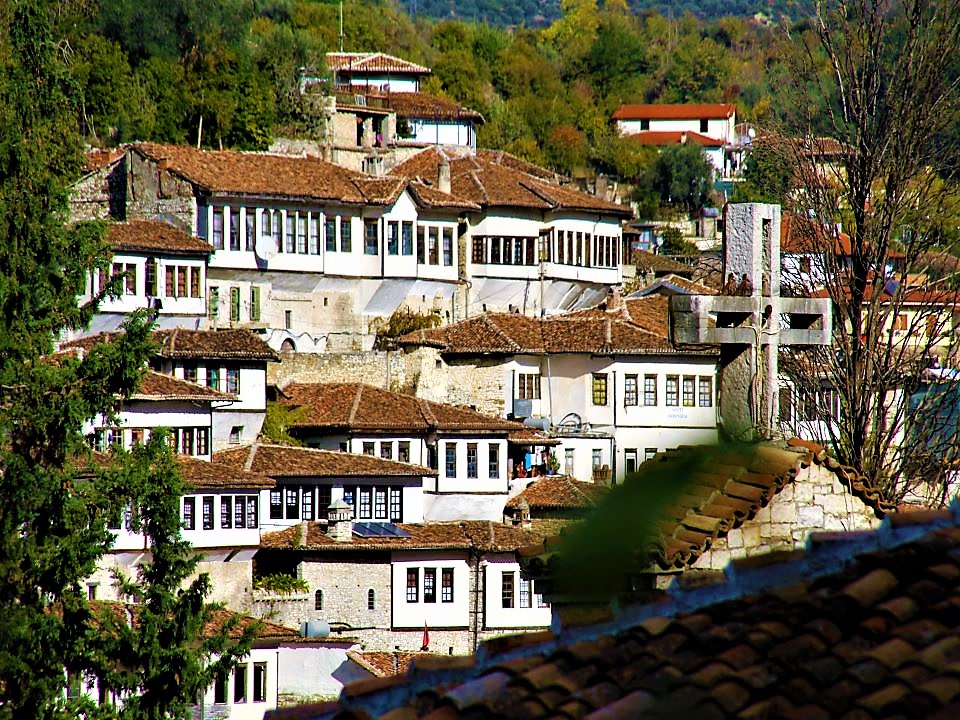 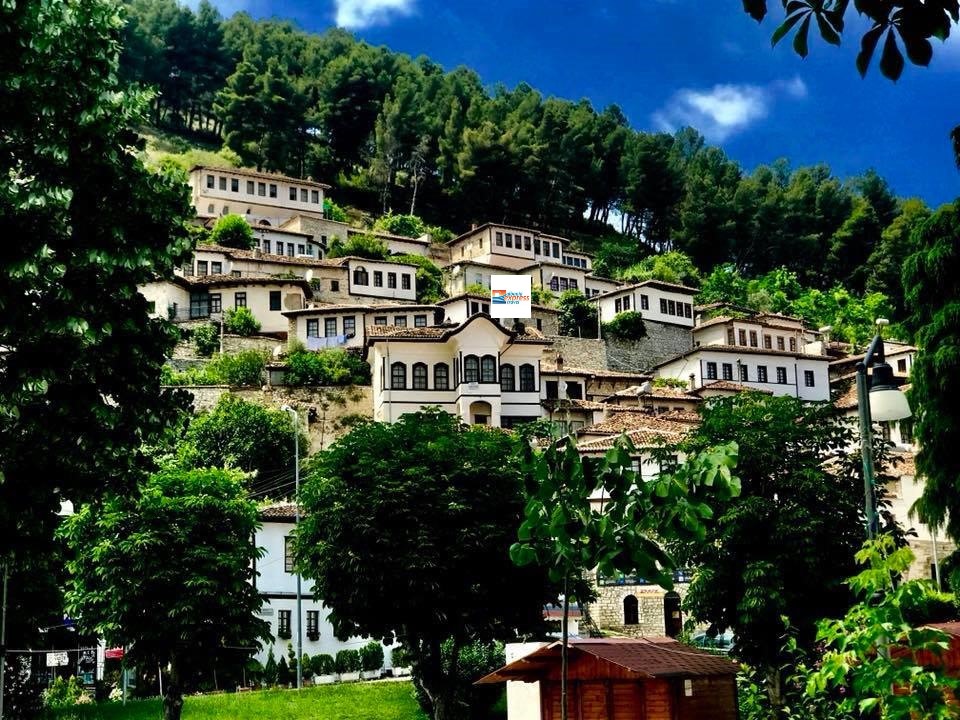 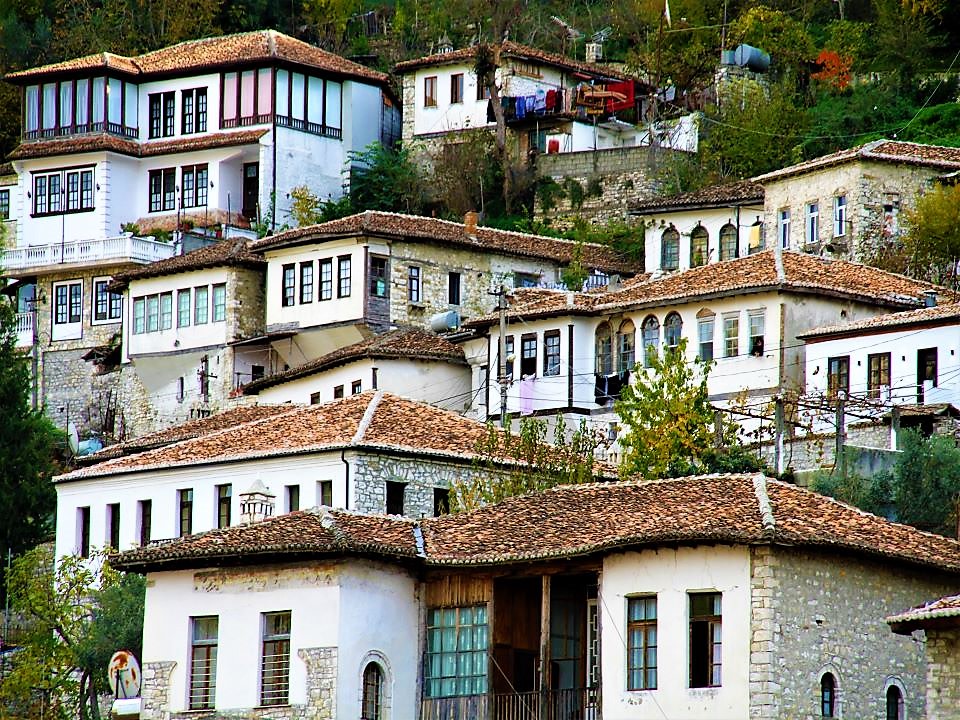 Berat, a UNESCO World Heritage site, is known as the “Museum City of Albania”. Berat lies on the sides on the Osum River with a backdrop of Mount Tomorr. Additionally a 2,500 year old castle overlooks the city with numerous, high architectural and historical stone neighborhoods below. The beginnings of Berat or “White City”, occurred around the 6th century BCE. Over the ages Berat has been invaded and controlled by ancient Greeks, the Byzantine Empire, the Roman Empire, Slavs, Bulgarians, and the Ottoman Empire which all have had a cultural influence on it. Particular things of interest in Berat are the visible trades of stone-working, wood-carving, leather-workers, and especially the landmarks. The landmarks are of historic nature: Byzantine churches, Berati Castle which was toppled and burned many times and re-fortified by each conqueror, and the “City of a Thousand Windows” which are neighborhoods Mangalemi and Gorica located on either side of the Osum River.