Sergey showed an outstanding guiding on peak Lenin while bringing me and my wife to the top. We hope to finish Snow Leopard program with his company ... More

Linking the Black Sea to the Caspian Sea, the depths of southern Russia to the fringes of Eastern Anatolia, the Middle East to Europe, the Caucasus Mountains form one of the greatest geographical and cultural crossroads on Earth. These days, they draw adventurers with the promise of long-lost Georgian highland towns, world-class skiing down Sochi's glitzy pistes, visions of snow-capped summits that splinter the clouds, and a whole load more.

The Caucasus Mountains are divided into two individual subranges: The Greater Caucasus and the Lesser Caucasus. The first are the mightiest, hosting the 5,642-meter-high top of Elbrus and rock-ribbed Dykh-Tau to boot – the tallest peaks in Europe. Deep between those carved alpine ridges travellers can tread the grass-green valleys of Svaneti, where 9th-century stone towers mark out rustic hamlets beneath the hunched dome of Mount Kazbek. The snowy runs of Gudauri beckon ski-hungry folk in winter, while mysterious medieval monasteries and Georgian wine country take over during the warmer months.

The Lesser Caucasus, meanwhile, spread from Turkey through Armenia and southern Georgia. Softer and lower, they are sweeping plains of grass and steppe, occasionally giving way to gushing waterfalls and moss-caked forests in places like the Mtirala National Park, and even hosting beach resorts like Batumi beneath their slopes.

I AM A LICENSED TOUR LEADER WHO SPECIALIZES IN

At the age of 22 I  graduated as Antropologist in orthodoxical

The best supplier of local experience in Georgia, beside of standard ...

Gomarjobat ! Welcome My to TourHQ page, where I am introducing my ...

Feel Armenia is the leading tour operator in Armenia since 2008. We ...

10 Best Food Tours Around the World

Georgia - Touch of the past; taste of the future 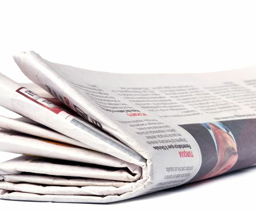 Various tours, excursions and transfers through out your winter ...