20 Days through ParaguayOrganization 5/5Budgeting 5/5Implementation 5/5Competence 5/5This guide knows what he is doing.100% Trustworthy.Unrestricted ... More

Laying low on the eastern flats and in the shadow of the mighty Bolivian Andes, the sprawling city of Santa Cruz enjoys the warmth of the Latin sun with a laid-back metropolitan feel to match. Yes, it may be Bolivia’s largest town and also one of the fastest growing urban centres on the planet, but quaint colonial architecture still abounds, and one can still chat football with the locals to the tune of tarka flutes as well as sample the fare of earthy Bolivian empanaderias.

Take in more of the local vibe in the Plaza 24 de Septiembre, right at the heart of the downtown grid. Here, shady avenues are home to leather-faced, card-playing locals, as well as the exquisite frontispieces of the Catedral de Santa Cruz. Authentic Bolivian coffee joints or chichi bars dot the cityscape aplenty, and for those travelling with kids, the Biocentro Guembe will definitely bring out the smiles.

But of course, as the lone city affording travellers further exploration in the country on this side of the Andean peaks, Santa Cruz is a great base camp for nature excursions. If that sounds like you, then be sure to quiz your Santa Cruz tour guide on possible trips to Jesuit missions, Yvaga Guazu, Kaa-Iya or the dunes at the Lomas de Arena.

Pedro is a Super Guide: Super Guides are experienced and highly rated guides who are committed to providing great experiences for their clients.

I'm fun loving with an adventurous spirit. I have learnt a

I love my job, I will be guiding the rest of my

I've been working as a tour guide since 1994. I'm responsible for

I'm person who orginize tours, with guide or without guides, normaly

You will be in the best of hands. The staff at Machu Picchu Luxury ... 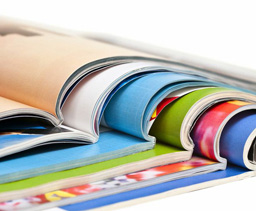