was on transit stay at Doha about one day and connected Md Aminul Islam to guide me there. he helped me to see most of Doha's attraction ... More

We were so lucky to stumble upon Green Leaf while googling! The guesthouse is cozy and bright, made with backpackers and tourists in mind. The rooms ... More

Dhaka was fascinating and Mahadi was a terrific guide.  Smart, funny, flexible and very engaging.  Highly recommend his expert and ... More

Millions upon millions of people live and breathe and work and play amidst the dusty streets and sprawling downtown suburbs of Dhaka. It’s one of the largest cities on the Indian Sub-continent, where such a cocktail of cultural and historical influences converge there’s a typhoon of activity and action so memorable it’s rarely, if ever, forgotten.
The central metropolitan districts range from high-class affluence, to raw and rugged pictures of struggling humanity, where luxury hotels rub shoulders with shoestring bedsits and fine-dining bistros cluster on the edges of tin-roofed shantytowns. The mud-red Buriganga River flows slowly by, overlooking the chaotic Sadarghat Port; an area as ceaselessly busy as the streams of colourful rickshaws that run through the central city streets just to the north.
If you’re after a typical sightseeing itinerary from your Dhaka tour guide, then consider hitting the ‘must see’ Mughal complexes of the Old Town, along with the historical colonial palaces and trading posts left over by the British East India Company and other European imperial powers. But, if it’s just people watching and cultural immersion you’re after, then you’ve come to the right place, because this seething metropolis is the kingpin of national art and performance, with yearly folk festivals (like the Sonargaon) and city-wide celebrations, like the Pohela Baishakh of the Bengali New Year.

Adventure tours and tailor-made holidays with independent and

I am energetic and friendly. I like nature. I love to get experence

I am Eyasin Papon a tour guide of Bangladesh since 2003. I had

10 Days Culture tour itinerary for bangladesh: Cruise The Rivers And Get The Best Of Nature & ...

10 Hours Photography tour itinerary for Dhaka: Capture A Day Of The Capital Of East Bengal

PathFriend Tour Operator - is a one of leading inbound tour operator ...

Taabu. A group of passionate adventurers dedicated to creating the ...

Bangladesh’s experiments with tourism...and why it’s on the ... 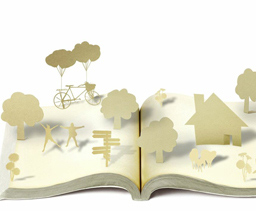